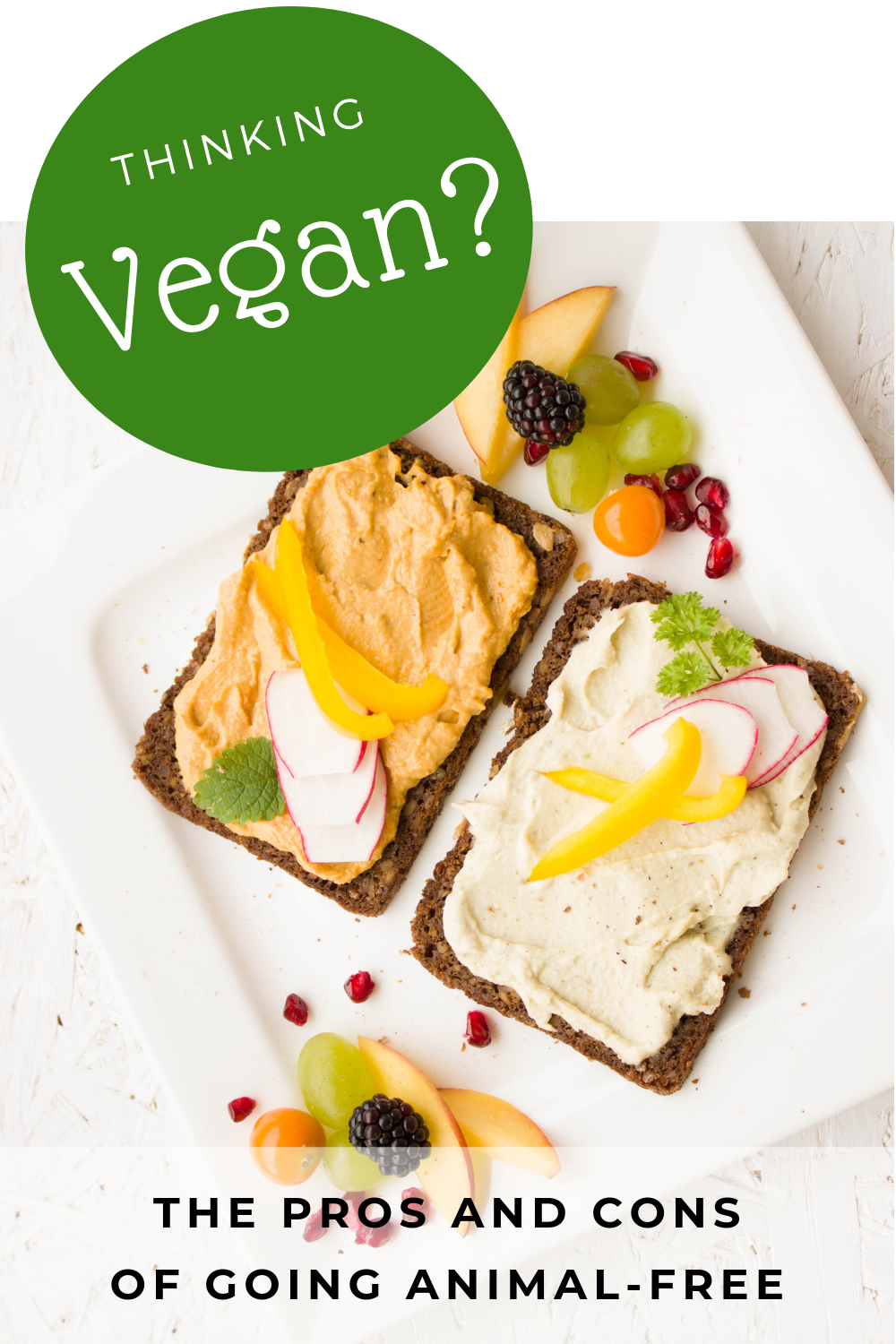 The pros and cons of eating animal-free

Years ago, a health-conscious aunt of mine recommended I watch a documentary entitled “Forks Over Knives”. If you’ve not heard of Forks Over Knives, it is a film that examines the idea that chronic disease can be controlled or reversed by rejecting animal based and processed foods. The film follows individuals with chronic conditions (eg, heart disease, type 2 diabetes) as they attempt to reduce their dependence on medications through adopting a whole foods, plant-based diet. If you haven’t watched the film, it is a compelling case for adopting a vegan diet. In fact, after watching it eight years ago, I did just that.

What is a vegan diet?

Veganism is a way of eating in which a person abstains entirely from any food product that comes from an animal. Vegans do not eat meat, poultry, fish, and eggs. In addition – and what distinguishes vegans from vegetarians – vegans do not consume milk and dairy products, lard, gelatin and foods with ingredients from animal sources. Some vegans also do not eat honey.

Some vegans extend these principles to other parts of their lives. For example, a vegan may abstain from animal-based products such as leather or wool garments. For the purpose of this food and nutrition-related post, I’ll only talk about veganism as a way of eating.

To learn more about the variations of vegetarianism, here’s a good overview from Academy of Nutrition and Dietetics.

The word “plant-based” is sometimes used in place of “vegan”, but that term to me indicates that plants are the basis of something that might include other, non-plant components. Still, if a food label says “plant-based”, the general assumption is that it is a vegan product.

In my vegan experience, the transition to eating no animal products was not difficult – meaning that I felt great and had no negative side effects – but meal planning required some creativity. (Note that I was also preparing food for my very omnivore husband and two toddlers.) Prior to eating vegan, I ate (and really enjoyed) a lot of dairy, which was probably the most difficult food group for me to eliminate. Really, there were no animal foods that I avoided entirely, so the process of identifying and replacing all animal products in my diet was an ongoing mental exercise.

If you live with other people, consider the impact of your veganism on those individuals, especially if you shop for and prepare food for them.

Your approach and consideration for others in making this change can have a strong influence over the success and enjoyment of a vegan diet. If your spouse resents or actively resists your choice to eat plant-only diet, you will likely struggle. Please, please discuss your decision with your family or housemates and figure out how to make the change a win-win for everyone. In our family, my husband was happy to try all of my vegan dinner creations, when he ate whatever he wanted the rest of the day. On weekends, I would prepare meat or we would eat out, so that he felt like he had opportunities to enjoy his favorite animal-based foods.

So, we can make an argument that eating vegan in a world of animal-based foods is one “con”. By that I mean that a lot of foods contain animal ingredients, and most people expect or are happy to consume them. It is estimated that only 3 – 6% of Americans are vegan, therefore, vegan options are not popular in restaurant or grocery food aisles. It takes extra effort and dedication to maintain a plant-based eating plan.

Potential vitamin and mineral deficiencies are another thing to be aware of before going vegan. Several critical nutrients are found in meat and other animal products. Serious micronutrient deficiencies can and do occur in poorly planned, long-term vegan diets. A number of deficiencies can occur, but the two biggest concerns are bone health and B12 deficiency. Vegans tend to have lower calcium and vitamin D intakes, which can negatively impact long-term bone strength and integrity. Fracture rates are ~30% higher for vegans than non-vegans. Vitamin B12 is perhaps the most-cited nutrient deficiency for vegans. If not identified and treated, B12 deficiency can lead to irreversible nerve damage. The symptoms of B12 deficiency are lethargy, weakness, digestion problems, and developmental delays in children. Basically, the same symptoms of malnutrition.

You may be wondering why anyone would want to eat in an inconvenient, perhaps nutritionally deficient manner. And, in a seemingly ironic twist, many vegans are highly-educated and wealthier than the average omnivore. People choose plant-based diets for many reasons, but the big three are animals, the planet and personal health.

After watching “Forks Over Knives”, I acknowledge that the conditions under which most food animals are raised are abhorrent. Still, I do not personally identify with the idea that it is wrong to consume animal products, or eat animals for food. I do, however, try to choose meat, fish, poultry, and dairy items that are produced with respect for the animal lives involved. For a lot of vegans, animal welfare is a compelling motivator.

There is much research to validate the idea that raising animals for food creates more greenhouse gas, encourages deforestation, and pollutes more water sources than farming plant crops. In the era of global warming, many people, including myself, want to do what we can to mitigate the pollution and destruction of natural resources. Eating a whole-foods, plant-based diet is more environmentally friendly than eating meat. It is absolutely true that eating plants instead of animals is better for the health of the Earth.

For me, personal health was the main driver in my decision to go vegan. I felt that eating plant-based only would decrease my risk of chronic diseases like cancer and atherosclerosis or heart disease. (I’ve always been active and lean, so was not as concerned about Type II diabetes.) Indeed, research has shown that vegans do have lower incidence of these chronic diseases, which is typically attributed to better overall vitamin and mineral intake, increased fiber consumption (lowers GI cancer risk), and lower intake overall of processed and refined foods. After eating vegan for a few months, I felt light and healthy – great in all ways. My family was “putting up” with my vegan ways, tolerating it mostly because I do all the cooking. In total, I was exclusively vegan (ei, eating animal foods only on Thanksgiving and Christmas) for two years.

In the end, there were two reasons I decided to start eating animal foods again:

So, there are many reasons for and against a plant-based diet. For many people, it’s a great choice for long-term personal health, Earth-friendliness, and animal welfare. That is, if you’re willing to educate yourself on the potential nutrition pitfalls and focus on whole foods, rather than highly-processed options.

Veganism is not the healthiest eating plan for children, some pregnant women, and high-performing athletes. Indeed, one can be just as healthy, and sometimes even more so, eating carefully-selected meat, poultry, fish, and dairy products.

For both omnivores and herbivores, the main focus should be on eating whole (ie, recognizable), minimally-processed and responsibly-produced foods. Both ways of eating should include ample quantities of colorful greens, vegetables, fruits, and plant-based fats (avocado, nuts, olive oil, etc).

Are you or anyone you know fans of plant-based eating? I’d love for you to share your experience in the comments below or through our social media channels. Everyone’s body and experience is different, and we all benefit in learning from you. 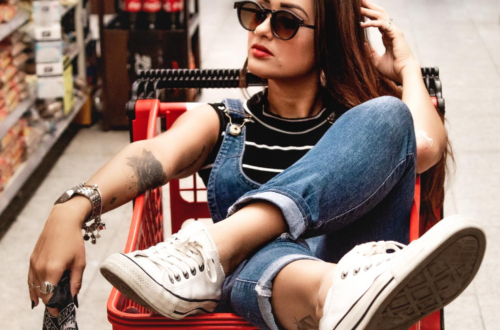 I Love to Hate Grocery Shopping; How I Make It Better 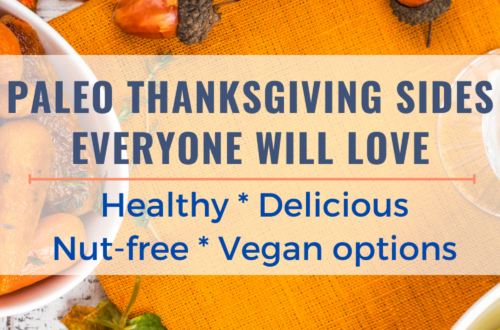 Healthy Delicious Paleo Thanksgiving Sides That Everyone Will Love 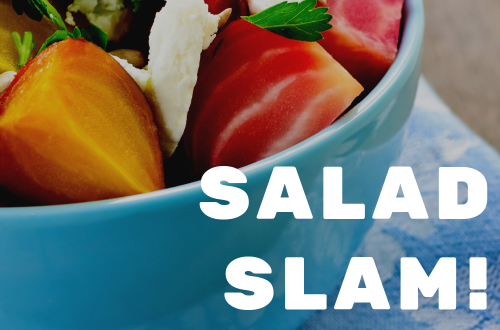