I had my first amenorrhea-related OBGYN appointment this week. In hindsight, I’m wondering why I wasn’t referred sooner. Twenty-two months without a period, one Pap smear, two physical exams, two pelvic ultrasounds, and an MRI later – I’m referred to an obstetrician-gynecologist for a disorder of my reproductive system.

My primary care provider is awesome, so I feel like I should have advocated for myself and asked for a referral sooner.

Even more ironic is that I started my first period in nearly two years on the exact day of the OBGYN appointment – what?! Since I was beginning to doubt I’d ever have another menstrual cycle, I was actually excited about this. 😛

In preparation for this long-awaited appointment, I printed out all my labs from the last three years, just in case my general practitioner didn’t send them over. I was mentally prepared for the OBGYN to suggest that I go on birth control or other synthetic hormone(s) to regulate my cycle, to which I would politely decline. Now that I’ve:

I’m cautiously optimistic that my body will do what it’s been designed to do – have regular cycles.

Two questions I keep asking myself:

Why are my healthcare providers focused on PCOS diagnosis, when I don’t have obvious clinical or any biochemical characteristics of the disorder?

Why did my (female) OBGYN seem unaware or dismissive of a HA diagnosis?

Let’s do a quick overview of PCOS and HA:

What is polycystic ovary syndrome (PCOS)?

What is Hypothalamic Amenorrhea (HA)?

In my doctor’s defense, my latest ultrasound did show multiple small cysts on my ovaries; however, my ovarian volume is still below the 10 mL standard threshold for a PCOS diagnosis.

Long-story-short: I have all the characteristics and risk factors of HA; however, I only have one (maybe two) of those for PCOS.

My lab results from the latest appointment are not in yet. These – especially the LH and testosterone values – will hopefully confirm that I do not have PCOS.

In the meantime, I’ve gained another pound, been sleeping about eight hours per night, and feeling fabulous – even without running thirty miles per week, doing hundreds of burpees, etc, etc. Who knew??

I’ve come to terms with the notion that our culture promotes disordered eating through unrealistic expectations. But what to do about it? Any ideas?

Rinaldi, Nicola J., et al. No Period. Now What?: a Guide to Regaining Your Cycles and Improving Your Fertility. Antica Press, 2016.

How to Eat When You’re Injured 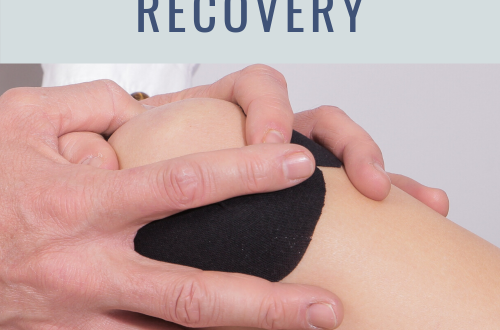