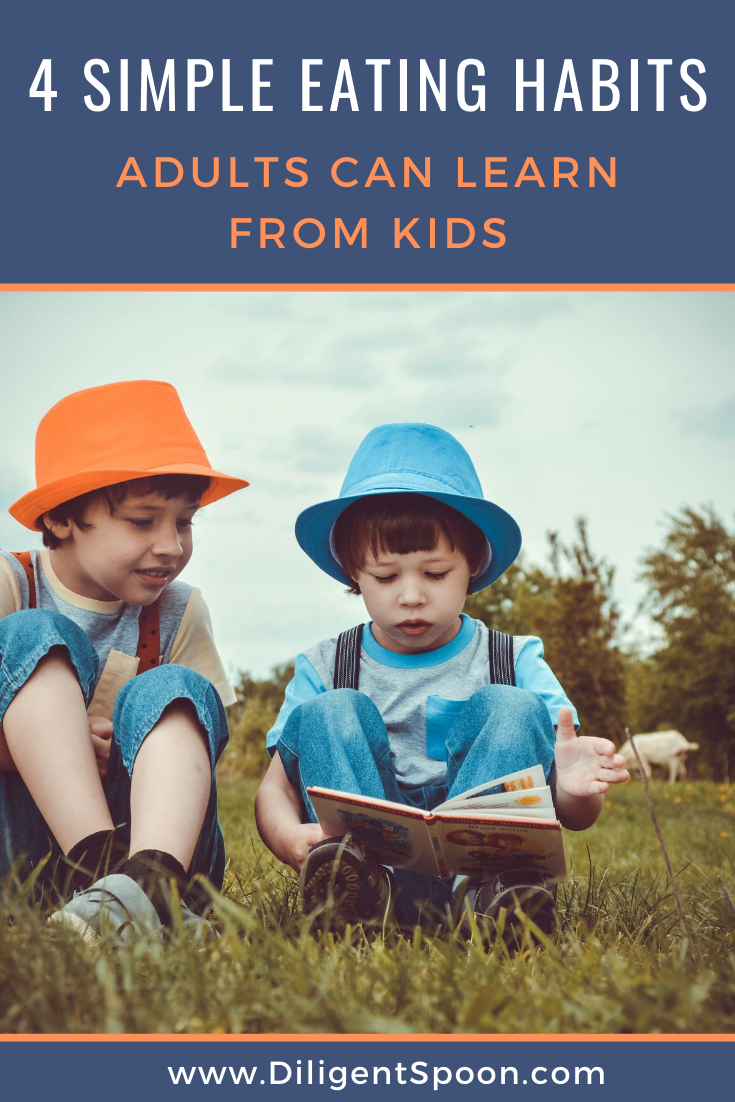 Have you ever seen a kid get upset, eat a pint of ice cream, and then feel guilty about it?

Or, refuse to eat until after noon because they “pigged out” the previous day?

Children are natural intuitive eaters – they don’t stress about what, when, or how much they did or will eat. Instead, they just eat when they’re hungry and stop eating when they’re full. Amazing! How do they do it?

We adults are quick point out that kids usually don’t have the emotional baggage and stress that we do. They naturally get plenty of exercise, and they don’t care about their waistline. All true.

What Happened To Us (Adults)?

It’s kind of sad … most of us somehow transitioned from the carefree, intuitive eating of our youth to stressed-out, rule-based and emotional eating of our present. Although we can’t go back to being children (*sigh*), we can learn from several healthy eating habits that are second-nature for kids.

Kids may think the certain foods taste good or bad, but they don’t label foods as “good for me” or “bad for me.” That is, until we adults tell them so.

When given a variety of foods – let’s say Ritz crackers, carrots, apples, and cheese – most children will eat some of each. Maybe the Ritz will go first, but kids are really good at eating what their bodies need, which will include a variety of foods overall.

How do they just know what to eat (without all the rule-based nutrition information that we adults have)? I think it’s because they eat what sounds good at the time. They eat what the body is craving – not the food that is “good for them.” Children don’t usually avoid “bad” foods (like cupcakes) or only allow themselves to eat certain types of food (like “clean” or gluten-free).

This is, in part, because they never restricted those foods in the first place. In other words, children don’t suffer from “last supper syndrome” where they overeat foods out of a fear that they will never get to enjoy them again.

Instead of labeling certain foods “bad” or “good” for me, I like think of them as “play” vs “nourishing” foods. For example, chocolate ice cream is a “play” food – it’s fun and indulgent, but I wouldn’t want to eat it all the time. When I think in terms of “play” instead of “bad”, I can acknowledge that almost all foods can be part of healthy eating.

2. Kids Eat When They Are Hungry

If left to themselves, kids will simply eat when their tummies feel empty. For example, my daughter will often wake up and “forget” to eat breakfast until 10am or so, which is when she gets hungry. My son, on the other hand, is starving from the minute he wakes up.

When kids are playing or engaged, they don’t “get hungry” for hours, and when they do ask for food, they are truly in need of it.

It’s convenient to eat on a regular schedule – I don’t usually play outside for hours until my stomach growls – and I’m usually hungry at the typical breakfast, lunch, and dinner times. Still, how often do we adults eat when we’re not hungry?

I’ve been trying to “tune in” to by body’s hunger cues recently. What does it feel like for you to be hungry? Most of us feel an empty, or gnawing, sense in our stomachs. Sometimes, hunger cues are more subtle, like a slight headache, irritability, or lightheadedness. Whatever it feels like for you, I encourage you to – like a child – notice when you’re physically hungry for food. And then, go get something to eat.

I love to hate the phrase “clean your plate”. No doubt, most of us have been told – as children or maybe even adults – that we should finish every bite of food on our plate. Admittedly, I hate wasting food enough that I’m guilty of eating more than I need to, simply because I don’t want to throw away food.

Kids often don’t have this problem – they just stop eating when they’ve had enough. Period. If you’ve ever tried to nurse or bottle-feed an infant, you definitely know when that baby is full. The baby will turn her head away from the bottle and even get upset if you keep trying to get her to eat more.

Likewise, I rarely see a child “pig out” on cupcakes or eat an entire bag of chips. Sure, a kid may eat a lot, but they stop when they’re full and rarely give themselves a stomach ache from eating too much.

Note: Kids never feel guilty about what they eat – unless an adult says something about it. “You ate how many slices of pizza?!”

How many times have you heard a friend say (or said yourself), “I’m on a diet”? Probably a lot. Some diets even promote a sort of camaraderie – usually, the more restrictive, the more there is to talk about amongst your fellow dieters.

Whether we are vegan, paleo, sugar-free, or something else – we adults are known for trying all sorts of diets to control our eating and body shape.

The irony is, sometimes the rules of our diets cause us to ignore our hunger. Which, in turn, may cause us to overeat (because we’re so freakin’ hungry!). This is why most diets lead cycles of starving-and-binging, losing-and-regaining weight.

There’s nothing wrong with wanting to lose weight or eat healthier foods. Being our best selves is something most of want. The trick is to find a diet or “way of eating” that is both healthy and that we can maintain.

Obviously (and maybe unfortunately), we can’t always be childishly “willy-nilly” about our eating and daily lives. For example, most days, we will eat lunch around midday, regardless of our hunger. Still, it takes only a few seconds to check in with ourselves and ask questions like,

Our health – or weight, for that matter – isn’t influenced by what we eat at one meal or during a single day. It’s the cumulative effect of our habits over weeks, months, and years that really impact our health. 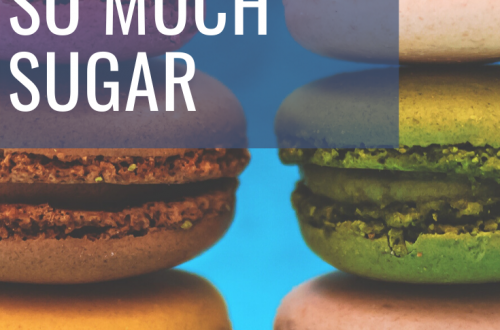 7 Ways to Stop Eating So Much Sugar 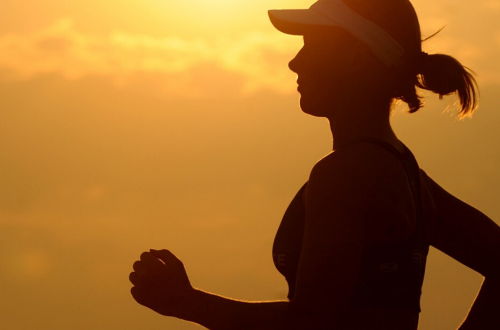 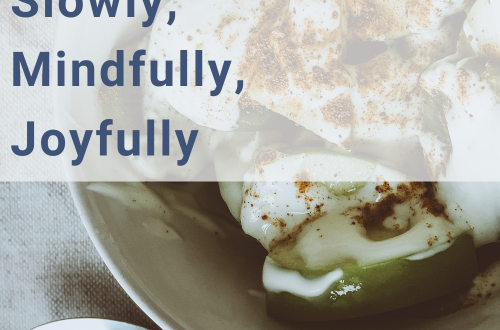